Juventus are now without a win in three matches in all competitions after they recorded another 1-1 draw at the end of the first half of their UEFA Champions League (UCL) round of 16 tie with Spanish La Liga outfit Villarreal. The Old Lady started their run of three winless games with the 1-1 draw at the home of Atalanta in the Italian Serie A after they needed a goal from Brazil international Danilo in stoppage time to secure a point against La Dea. The Italian football giants made it two games without a win following the 1-1 home draw with Torino in the Turin Derby played on Friday night as far as the Serie A is concerned. 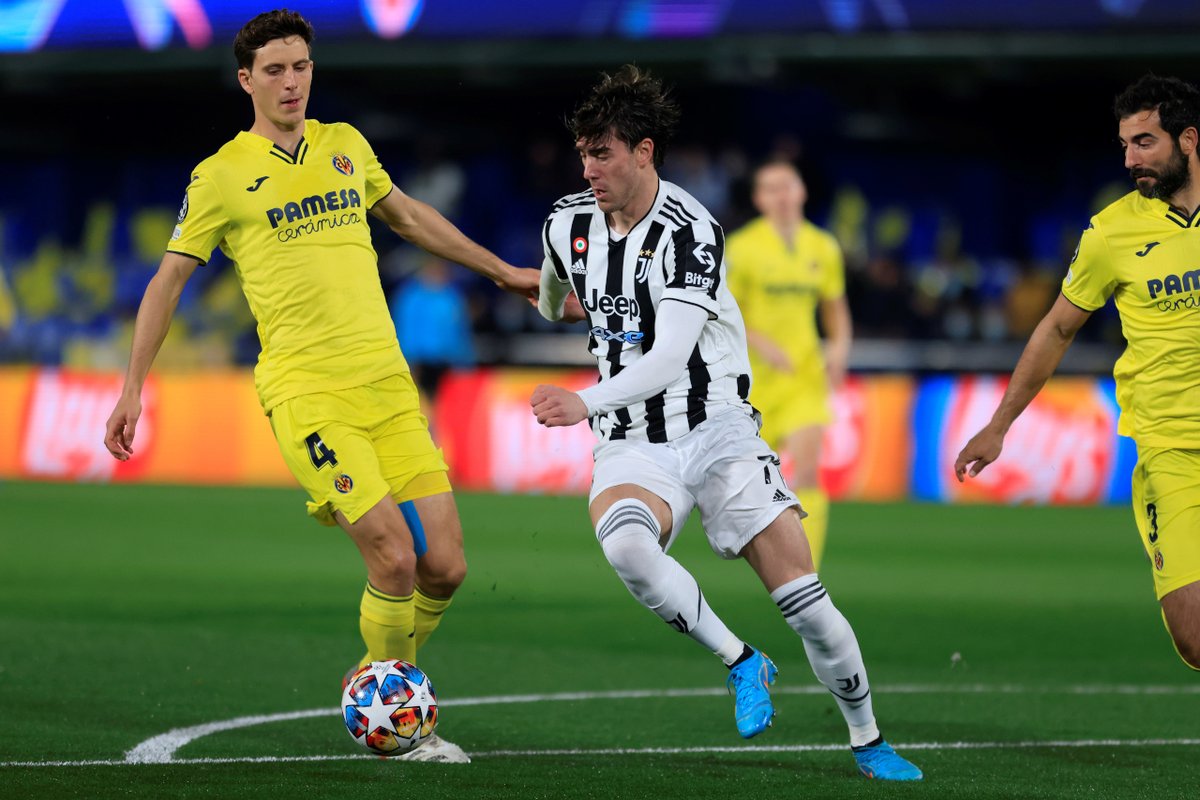 For the Villarreal game, Juventus made a fantastic start with the first goal coming before one minute on the clock. It took the Italian football team just 32 seconds for new signing DusanVlahovic to register his first Champions League goal on the occasion of his debut in the competition. The €75m signing from Serbia is seen by a lot of football stakeholders as one of the top three young strikers in the round leather game at the moment alongside Borussia Dortmund star ErlingHaaland and KylianMbappe of Paris Saint Germain (PSG).

Vlahovic received a long ball from Danilo and he killed it with his first touch before taking a shot on the half-turn that Geronimo Rullihad no chance of saving in the Villarreal goal. The hosts fought back in the second half through a Dani Parejo strike from close range to setup an interesting second leg in Turin on March 16.

The Old Lady would continue their bid to qualify for next season's Champions League via the Italian Serie A when they take on Empoli away from home at the weekend. The Italian football heavyweights would be hoping to put an end to their winless run against their hosts.