Italian international Alessandro Florenzi is an unwanted man in Rome. The utility player is not in the plans of new manager Jose Mourinho at AS Roma and he's expected to move to a new team this summer. Italian football rivals AC Milan have already opened talks with Roma in the quest to sign Florenzi. 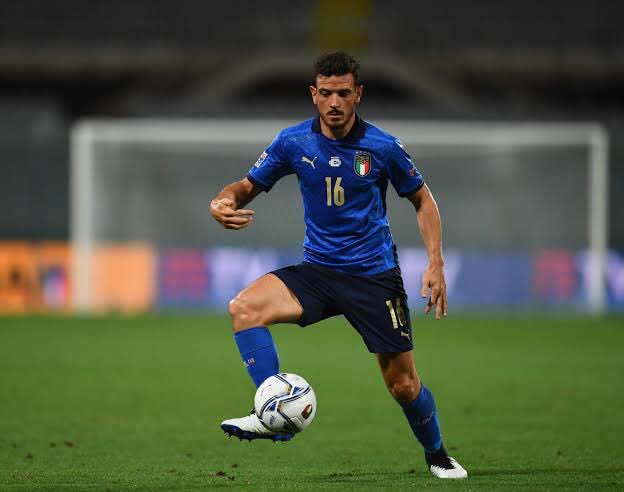 Florenzi is back in the Italian capital with Roma after his loan spell with French giants Paris Saint Germain (PSG) last season.

Milan have made an offer to sign the Florenzi on a dry loan but Roma want a paid loan for the player. Italian media portal Corriere di Roma stated that Roma are keen to do a paid loan deal for Italian national team player Florenzi.

Florenzi was part of the Italy squad that won the Euro 2020 tournament. He started the first game of the tournament against Turkey and got injured during the game. Florenzi didn't feature again till the tournament ended.

It has been established that the two Italian football teams namely Roma and Milan are still in discussion in a bid to find a solution for Florenzi.

La Gazzettadello Sport stated that Roma want to monetise the deal involving Florenzi and AC Milan. The solution could to the situation could be a loan deal for the player with an option to buy him on the part of the Rossoneri.

Florenzi didn't find favour under the last managerial dispensation at Roma under Paulo Fonseca and the same situation has extended to the new managerial era under Jose Mourinho. The Italian player spent six months on loan at Valencia in the Spanish La Liga. He returned to the club last summer before being farmed out on loan to PSG. Florenzi was unable to win the league with PSG in the French top flight last season.